We found 2 products available for you 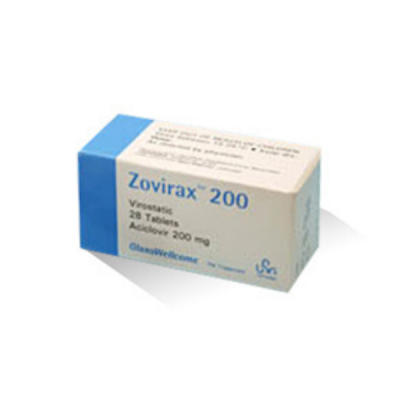 The population of the world is fast growing and people’s attitudes towards sex are getting more liberal. With this being said, the spread on sexually transmitted diseases (STD) can get uncontrollable when people do not educate themselves about the nature of the diseases. Many deaths have been cause by curable STDs because of lack of information. It is highly recommended that people should not choose random sex partners or used preventive measures like using condoms.

Sexually Transmitted Diseases (STD), also commonly known as Sexually Transmitted Infections (STIs) are infections and diseases transmitted by tiny infectious agents like fungi, bacteria, viruses and parasites during sexual intercourse. These tiny organisms are commonly found in most parts of the body like the mouth, throat and genital areas.

Mucous membranes of the penis, vulva and mouth are the common transmission points of STIs. This makes sex the most common means of transmitting the disease causing bacteria although isolated cases happen in casual contacts like touching, hugging and kissing.

Below is a list of common sexually transmitted disease with corresponding explanation on their causes, symptoms and treatments.

Chancroid is caused by the bacteria called Haemophilus ducreyi. This STD is very common in poorer countries due to rampant proliferation of commercial sex. According to medical researches, the risk of uncircumcised men are three times greater then circumcised men. After the bacteria incubate from one day to two weeks, a small lump appears leading to ulcer. The ulcer can be very painful, has irregular borders and can bleed when scraped. Chancroid can be treated with Azythromicin, Oral Erythromycin or Ceftriaxone.

Gonorrhea is one of the world’s most common sexually transmitted diseases. It is caused by the bacterium Neisseria gonorrheae. The infection can increase the risk of the dreaded AIDS due to the weakening of the mucosal surface. The bacterium incubates in 2 to 14 days. Symptoms in men include urinating pain and pus discharge although in some cases, there are no symptoms in men at all. Symptoms in women include vaginal discharges, dysuria or difficulty in urinating, menstrual and off cycle bleeding and bleeding during or after sexual intercourse. Cramps, bleeding between menstrual periods, fever and vomiting are advanced symptoms in women. These indications may lead to development of pelvic inflammatory disease (PID).

Herpes has two kinds of infections depending on the two Herpes Simplex Viruses (HSV). The HSV-1 type is the cause of orofacial infection. This infection is manifested in fever blisters of cold sore commonly around the lips but can be found on the face, nose, ears and larynx. This can sometimes be mistaken as canker sores. HSV-2 type is the causative agent for genital herpes. Genital herpes is characterized by sores and lesions of the genital areas. A baby inside the womb is in high risk of getting this often fatal virus.

Chlamydia is an easily curable disease that can be acquired by having vaginal, oral or anal sex with an infected person. It is almost the one of the of STDs in the US. The disease is caused by the bacterium Chlamydia trachomatis. In women, this disease may show no symptom at making it gain the reputation as a silent epidemic. Some known symptom in women include strange vaginal discharges, pain during sexual intercourse, fever, abdominal pain and pain in urination or frequent urination. In men, the symptoms may include fever, burning or extremely painful urination, unusual penile discharges, and testicle swelling. Tetracycline, Amoxicillin, Erythromycin, Ciprofloxacin, Azithromycin and Doxycycline are known antibiotics that can effectively treat this disease.

Human Papillomavirus can cause abnormal growths of the eyes and cancers of the genital. There are over 50 strains for this virus each causing different infections. For instance, strain 6 causes genital warts, strain 2 causes hand warts and strain 13 causes lesions in the mouth. It is possible that strains 16 and 18 are the causes of cancers although many other strains causes rare skins disease that could lead to cancers.

Syphilis Is an easily transmittable disease caused the spirochete Treponema pallidum bacteria. The early sign infection is the formation of lesions called chancre whose fluid is extremely infectious. As the disease enters secondary stage in about six weeks, lumps show in the mouth and lesions in the genitals. Fever and headache may be felt and lymph glands may be enlarged. After this, the disease enters latent stage where outward symptom seem to disappear but inflammations occur in the internal organs. When the tertiary stage happened lumps called gummas grown in the internal organs, skin and mucous membranes. Death many follow especially when the heart is already badly affected.

Hepatitis is a viral infection that damages the liver. Although no clear cure has been presented, there are already vaccines for Hepatitis. There are five kinds of Hepatitis: Hepatitis A, Hepatitis B, Hepatitis C, Hepatitis D and Hepatitis E.

Trichomoniasis is caused by a single-celled protozoa called Trichomonas vaginalis. The infection has affected 7.4 million Americans annually. It infects the genitourinary tractgenitourinary tract, the urethra in men and vagina in women. It is a curable disease.

Acquired immunodeficiency syndrome (AIDS) is the most serious of all sexually transmitted disease and has no know cure yet. Caused by the human immunodeficiency virus (HIV), AIDS killed thousands of people regardless of age, sex and orientation. The immune system is the primary target of the virus so that when the body’s natural defense agents are weakened, harmful organism like bacteria and virus launch an opportunistic attack on major body organs. This results in multiple disease of the body which can cause a person to suffer tremendously until he dies.